Scaled-back, 54-unit project will be self-financed by Malaysian developer 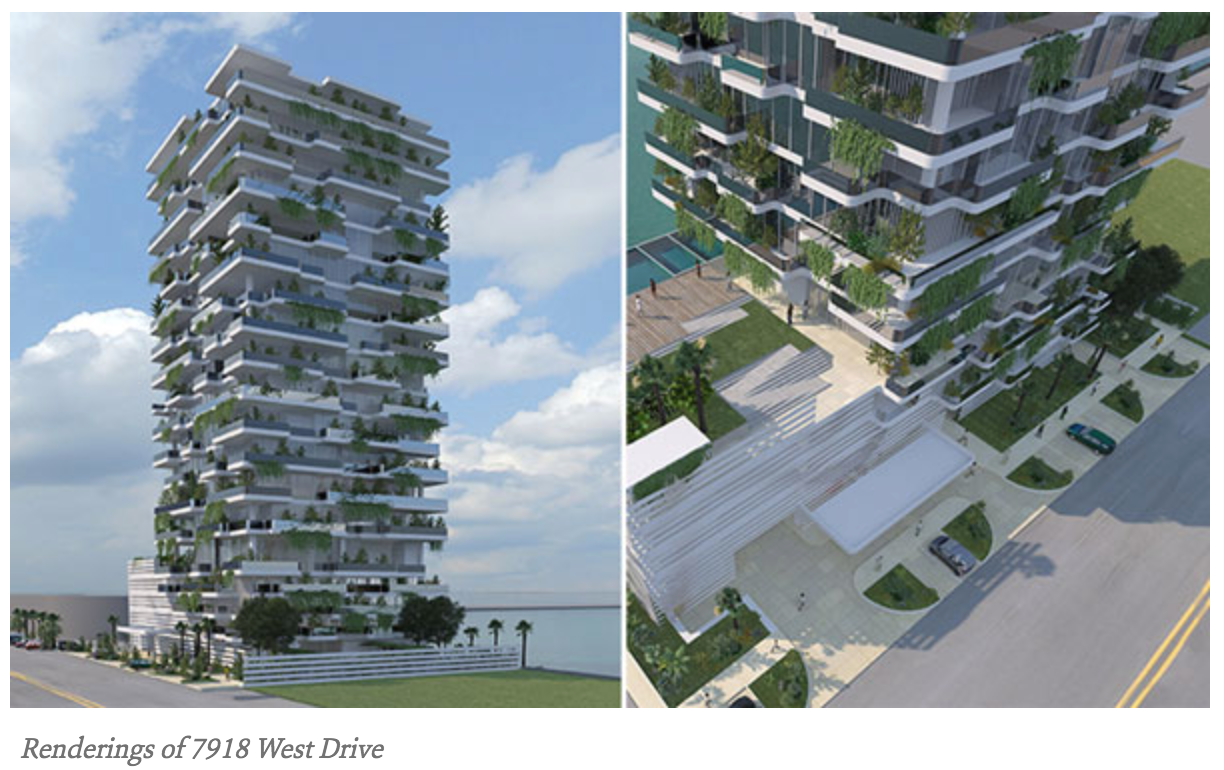 The first new condominium project in North Bay Village in several years will move forward after the village commission gave unanimous approval this week to three measures that will allow P&O Global Technologies, a Malaysian-based company, to build a 19-story 240-foot tower with 54 units at 7918 West Drive. The waterfront parcel is adjacent to Vogel Park on Harbor Island.

The commission approved the project’s site plan, the designation of 20 percent of parking for compact vehicles and the extension of an entrance porte-cochere into a 25-foot setback. No one spoke against the project at the meeting.

P&O bought the three-lot site in January 2015 for $8.3 million, but its plans to build were largely blocked by opposition from neighbors on Harbor Island, who earlier this year opposed a move to create a new overlay district for the area that would have allowed P&O to build a 290-foot tower with 77 units. It would have included mechanical elevator parking spaces and the transfer of development rights (TDR’s) from nearby Vogel Park.

Current zoning on Harbor Island allows building heights up to 240 feet, although the tallest building there tops out at 170 feet.

Maurizio Pejoves, director of P&O Global Technologies, said his company’s current plans do not include seeking TDR’s or building mechanical parking. “We heard the neighborhood loud and clear and that’s something we are not going to pursue at all,” he said.

Pejoves said the project will be self-financed by P&O, and unlike most luxury projects in Miami, presales will not be used to finance the project. He said he expects units to be offered at a starting price of $650 per square foot and that the project should be finished 20 months from October 2018.

Juan Azulay, the project architect, said the units will have a minimum of two bedrooms with at least two view exposures out onto Biscayne Bay. All three-bedroom units will be corner units and limited to four units per floor. The project he said will feature large staggered balconies offering an “indoor, outdoor lifestyle.”